The Victoria Cross (VC), is probably the most famous British military medal, awarded for acts of extreme bravery    "in the presence of the enemy".

Plymouth's history, for hundreds of years, has been based on its relationship, not only with the Royal Navy, but also to all the other branches of the country's armed forces.

So it is not surprising that several of it sons figure in the lists of those awarded the VC for valour.

This, unprepossessing spot on Plymouth Hoe, has recently been created in their honour. 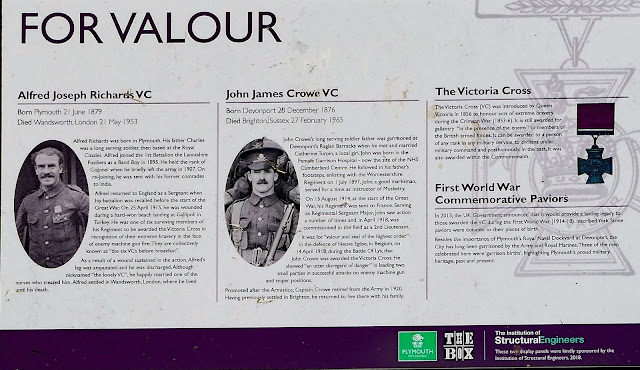 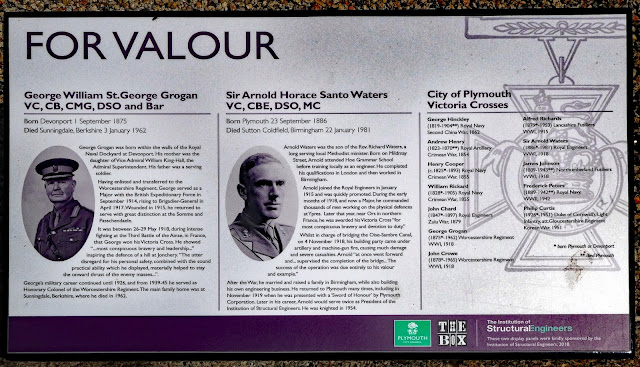 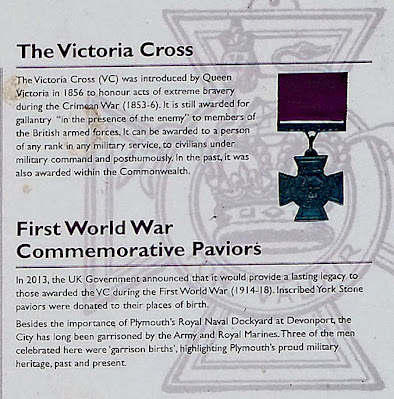 The Dreckly Kid
In Cornwall the word "Dreckly" is heard frequently, it means "soon", "in a minute or two". It is the standard answer to all questions about when something will be done or finished. It is similar to "manana" in Spanish, but without the same sense of urgency. Hence "The Dreckly Kid"